Is LATAM ready for BIM? 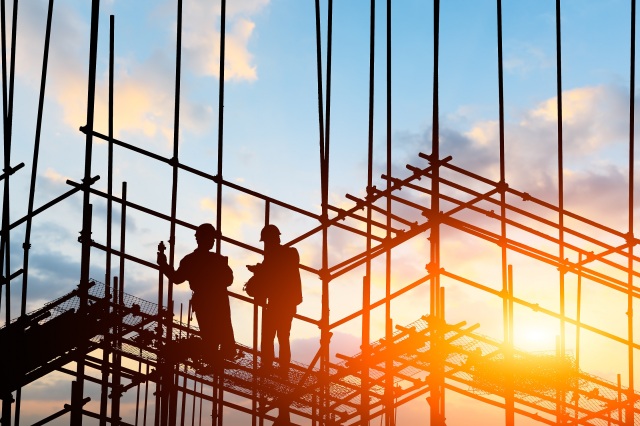 BIM (Building Information Modeling) which will be mandatory in Brazil from 2021, is an intelligent 3D/4D and 5D model-based process providing architects, engineers, contractors and developers with greater insight into their projects. It is perceived to provide enhanced integration of project processes, improved project performance (e.g. cost, time and environmental performance) and outcome predictability.

Both the construction and insurance industry have embraced BIM.  The use has grown exponentially in the UK where it originated in 2011 (according to the BIM study released in May 2018, 75% of project teams in the UK are using BIM and it has grown year on year). This growth is in part due to the UK government mandating the use of BIM for all centrally procured government projects from April 2016.

According to research by Teeside University, BIM is used by 85% of Brazil’s biggest contractors, with a focus on cost control in the construction phase rather than collaboration at design stage. Brazil’s transport department is also embracing BIM with a 30% costs saving target. A notable project utilising BIM was the 44,000-seat Amazon Arena in Manaus.

Elsewhere in LATAM, BIM was used from the outset on the Panama Canal expansion, allowing designers in five different offices worldwide to collaborate on one 3D model. Construction of Mexico City’s new airport (which was cancelled mid-way through) involved the use of BIM, including modelling of geotechnical conditions – the site is in a seismic zone – to help civil works. The use of BIM for seismic zones should prove very useful for the region.

Providing for more certainty in respect of construction risks underwritten, BIM is a tool that should be welcomed by insurers, helping to identify fault when problems arise. BIM can also be used for asset management so that the insurer has full understanding and visibility on the exact specification and make and model of all fixtures and fittings within a building, avoiding debates with insureds about underinsurance or lack of cover.

The Brazilian army already uses OPUS (similar to BIM), but elsewhere the cost of implementing BIM can be prohibitive on an industry which is already tightly squeezed since the Lava Jato scandal significantly impacted the industry. https://insuranceprofessionalsmiami.com/2017/11/16/the-fallout-from-lava-jato
In countries like Chile, Colombia or Peru it is being used but at a slow pace and only for large projects.

Whilst studies indicate that by 2020 the BIM market will increase to 11% in LATAM, the region does not have a well-developed professional indemnity market which could be a potential spanner in the works to further growth. In most LATAM jurisdictions, it is not compulsory for architects or engineers to hold professional liability insurance, which prevents claims against professionals as there is no guarantee of a recovery.

Great reliance is placed on Construction/Engineering All Risks (CAR) policies which may capture some elements of design (but usually for on-site activities only and with many exclusions).

If there is insurance, it is important that the insurer knows about the use of BIM from the start and that the project is procured clearly, as a common problem will be the possible blurring of responsibility between consultants.

Where professional indemnity insurers of construction professionals do exist, they should obtain confirmation from their insureds of the incorporation of BIM into agreements by competent lawyers, to ensure the correct obligations are being allocated to the insured and additional duties are not being adopted in error.

A more comprehensive version of this article is available at https://www.kennedyslaw.com/thought-leadership/article/is-it-chicken-and-egg-when-it-comes-to-the-growth-of-bim-and-professional-indemnity-insurance-in-latin-america/