New Regulation on Reinsurance and Coinsurance in Peru 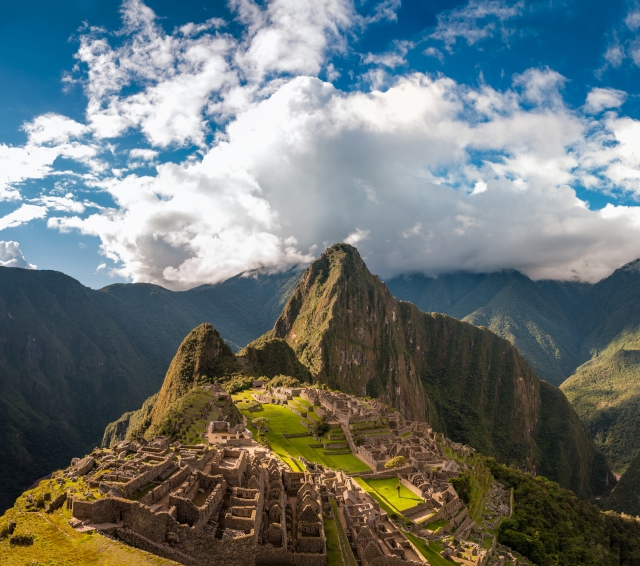 Despite the constant political noise, Peru’s economy has stayed afloat in economic indicators and rankings. The last couple of decades have witnessed Peru surface as a healthy economy and investment haven. The Peruvian insurance industry has also grown steadily throughout the last decade at a two-digit rate. And there is room for more growth, as insurance penetration is still low compared to other countries in the region.

Gross written premium reached US$3bn by the end of 2017, representing 1.6% of the nation’s GDP. In a country where growth is expected to speed up in the coming years, supported by global demand for minerals and local infrastructure projects, business opportunities for (re)insurance may arise. Premium growth of 3% is expected for 2018.

The Peruvian insurance market is highly concentrated. Two local carriers (Rímac and Pacífico) have more than 50% of market share. Nevertheless, global insurers are entering the market (Chubb, Liberty, Fosun, HDI), betting on future opportunities and possibilities of growth, considering the low penetration of insurance products in the country.

Global reinsurers may also tap into opportunities in the Peruvian market by underwriting reinsurance business with Peruvian cedants and/or using them for fronting. Peru has a friendly business environment generally and regulation towards non-domiciled international reinsurers is uncomplicated.

In December 2017, the Peruvian insurance regulator (SBS) issued Resolution 4706-2017, a new Regulation applicable to insurers entering into reinsurance and coinsurance operations. This regulation will enter into force in June 2018.

At its core, said Regulation establishes guidelines and limitations for Peruvian carriers in order to accept and cede risks in reinsurance, as well as for providing coverage as co-insurers. It also introduces financial reinsurance in the Peruvian market and establishes an exception to the privity of contract rule between insurance and reinsurance.

A summary of the Regulation’s relevant aspect follows:

Who May Underwrite Reinsurance Business With Peruvian Cedants?
Reinsurers who comply with at least one of the following requirements:
A. Establishment in Peru;
B. Registration before the SBS;
C. Holding ratings of BBB by S&P, Baa2 by Moody’s, BBB by Fitch or B+ by AM Best; or,
D. Holding an express authorization granted by the SBS to underwrite a specific reinsurance contract, requested by a local cedant.

Disregarding special case-to-case authorization referred to in D, foreign reinsurers wishing to write reinsurance business with cedants will have to either register before the SBS or hold the minimum required rating or better. While it may be easier for foreign reinsures to ‘just hold’ the required rating, local cedants tend to opt to buy reinsurance from registered reinsurers as this eases their reporting duties before the regulator.

To register as foreign reinsurer, a local representative must be appointed to keep records of reinsurance contracts written with local cedants and updated documentation related to reinsurance underwritten. In addition, registered foreign reinsurers will have to file the following information before the regulator: (i) List of reinsurance contracts written during the previous calendar year, (ii) audited financial statements, and, (iii) latest rating granted by one of the authorised rating agencies.

How is financial reinsurance regulated?
The Regulation introduces Financial Reinsurance to the Peruvian market, and defines finite reinsurance as the reinsurance contract by which the cedant transfers, within previously established limits, the total value of their technical obligations arising out of the loss ratio of a given policy portfolio. As such, there is a transfer of the underwriting risk (uncertainty in respect of the quantum of the claims to be paid) and temporal risk (uncertainty on the date in which the claims will be paid).

Local carriers will be allowed to contract “fin re” by the regulator on a case-to-case basis given that reinsurers hold ratings of -or better than- AA by S&P, Aa2 by Moody’s, AA by Fitch or A+ by AM Best.

If authorisation is granted, the regulator will monitor the performance of the contract with the power to order its termination if it is deemed that the parties are not compliant with the Regulation or any other applicable norms.

Exception to Privity of Contract
When a local insurer acts as fronting, ceding 100% of the insured risk to reinsurer(s), the parties (insured, cedant and reinsurer) may convene that payment by the cedant for a specific loss or claim shall be granted only after it has received funds from the reinsurer. For such exemption to apply, a clause with the parties’ agreement and their duties in case of loss must be incorporated in the insurance policy and reinsurance contract. This will suck reinsurers into local disputes when coverage issues arise, effectively blurring the traditional legal and commercial separation of roles.

The Regulation also allows the lead coinsurer to pay the loss in full and then collect the respective quota from coinsurers, if expressly stated in the policy.