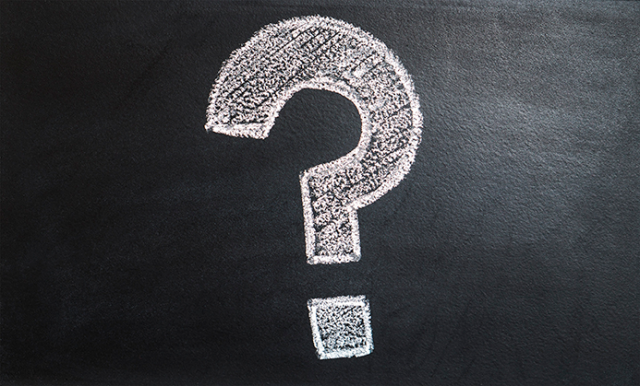 On 17 December 2014, President Obama issued a presidential policy directive normalizing relations between the United States and Cuba in an effort to further engage and empower the Cuban people. However, the new US president is expected to announce his policy on Cuba shortly, which the press has ventured will continue ties with Cuba although with targeted freezing of trade with military-related business interests which, for the moment, should be of limited impact to the insurance / reinsurance sector in the island.

During 2015 and 2016, the United States Treasury Department’s Office of Foreign Assets Control (OFAC)[1] amended its regulations jointly with the US Department of Commerce. The most recent amendments took effect on 17 October 2016, when the Federal Register published the implementation of some policy measures, including two main adjustments related to professional research and banking. Currently, people subject to US jurisdiction are now permitted to travel to Cuba to attend or to organize professional meetings or conferences, granted they are not promoting tourism. A US bank[2] was granted authority to offer ATM cash withdrawals, with a pre-issued debit Mastercard, in Cuba.

In 2016, about 284,937 Americans visited Cuba, a 74% increase from the previous year. Many of those visiting did so under educational programs that allowed leisure time for exploring and traveling about the island. Additionally, a few US companies began operating in Cuba, i.e. airlines and other services industries related to civil aviation safety, cruise lines, agricultural interchanges, and communications.

The diplomatic rapprochement between the United States and Cuba to eliminate, or at least ease economic sanctions, may create an attractive niche for US carriers within the Cuban insurance market.

In our two previous articles about Cuba[3], we discussed the structure of the Cuban insurance market.

ESEN[4] was created under Resolution No. 858/78, on December 22nd 1978 with the purpose of developing insurance and reinsurance operations under both national and foreign currencies. ESEN provides insurance coverage for life, motor, and agricultural business.

ESICUBA[5] was founded on April 9th 1963, under the Financial Ministry’s Resolution No. 416. Its main objective is to secure and provide general insurance, reinsurance, recovery, and salvage services to the government´s assets and the interests of visiting foreign investors. ESICUBA has a London office, Anglo-Caribbean Insurance Agents Ltd., which acts as a liaison between Cuba and the international market.

The reinsurance business in Cuba

Only ESICUBA can negotiate and provide reinsurance coverage for risks located in Cuba. Every year, the board analyzes its retention capacity to determine the maximum insurance retention per business for the next year. ESICUBA negotiates reinsurance protection for all insurance over the maximum retention, i.e., for aviation, hotel construction, oil and gas, businesses, and factories, among others. In addition to placing facultative business with reinsurers abroad, ESICUBA has three reinsurance treaties: Marine, Catastrophic Reinsurance (CAT), and Non-Marine (NMA) for the risks that fall below the mentioned retention.

ESICUBA finds retrocession capacity both in Lloyd’s and non-US markets. Due to the economic sanctions and limitations enforced by the United States embargo against Cuba, none of these can be US companies, nor have a US citizen as acting CEO, except if they receive OFAC authorization first.

Recent investment projects in Cuba raise hopes of future projects. The arrival of new foreign investment in Cuba implies that demand for insurance, with international standards, will grow. The involvement of North American insurers, reinsurers, and brokers is becoming more attractive and vital. Two examples reflect this yet timid development.

Beginning in 2011, deep water oil wells were drilled in Cuba’s jurisdictional waters. Union Cuba-Petróleo [State Cuban Oil Company] (CUPET), raises capital to expand projects in the Cuban Exclusive Economic Zone in the Gulf of Mexico. Within the last five years, large projects have been in development to access the oil reserves in the Straits of Florida. Several US salvage companies requested permission from OFAC to work with Cuban companies on devising emergency responses for potential oil spill clean-ups. Given the kind, size, and scope of the projects, this area should be considered for future agreements.

How can international carriers enter the Cuban market?

Cuban law seeks to protect the interests of its national insurance companies from foreign competition. For example, Article 39 of the Decreto Ley 313[7]– “De la Zona Especial de Desarrollo Mariel,” (special development zone of Mariel) states that “Cuban insurers, under international competitive conditions, will have the right of first refusal. If this is not possible, the Superintendence of Insurance allows insurance with foreign entities. The regulation for granting the authorisation is issued by the Finance and Prices Ministry”.

Similar language appears in Article 50.1 of the Ley 118[8] “Para la inversión extranjera” (for foreign investment) which states that “Cuban insurers, under international competitive conditions, will have the right of first refusal.”

Any company that wants to act as a broker, insurer, or reinsurer must apply for the Cuban Superintendence’s authorization. Due to the US embargo, US companies and entities where the CEO is a US citizen must first apply for an OFAC license. Once the OFAC license is granted, the approval procedure is the same for all worldwide companies. So far, no foreign insurer or reinsurer has enter the Cuban market.

Review of the Foreign Investment Law and experience with Cuban entities from other sectors reveal three main entry points into the Cuban market:

Those willing to set up camp in Cuba, need to comply with the above. However, for those not yet ready to physically disembark, there is another way of doing business in the Cuban market, as an ESICUBA direct reinsurer or broker. Currently there is no reinsurer or broker with U.S. capital in such list but nothing prevents them from doing so if they comply with the Superintendence of Insurance requirements (including OFAC licence); whereupon the Finance and Prices Ministry makes the decision to grant permission based on economic, practical, and political considerations.

So the process can take time but it is certainty available alike for the purpose to enter into the local market.

While Cuban laws try to make no distinction between reinsurers and brokers, given that the Cuban government owns the only two preoperative insurance companies, it is unlikely that a direct foreign carrier would be accepted any time soon, as it would be considered competition.

Hiring regulations would also present an obstacle for foreign companies entering the Cuban market. Article 30.1 of Ley 118 stipulates that all workers of any of the modalities mentioned above must be permanent Cuban residents and hired through a national employment agency. However, during the approval process and following local legal regulations, an exemption can be granted to hire all employees directly.

Despite ongoing progress in the relations between Cuba and United States, feelings of uncertainty about the future linger because the new US presidential administration has yet to present its policy on Cuba. However, as of today, all the concessions granted to airlines, cruises lines, and other businesses under the Obama administration are still in effect, potentially signalling the continuation of Obama’s economic openness policy.