Hurricane Odile was one the most intense tropical cyclones to have ever made landfall on the Baja California peninsula, Mexico. The cyclone made landfall near Cabo San Lucas as a category 4 cyclone in mid-September 2014 causing widespread damage. 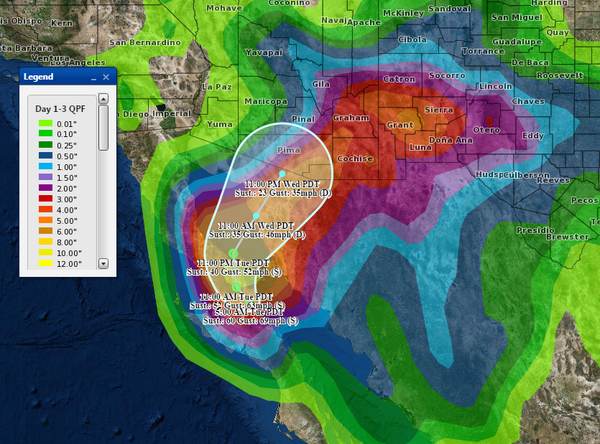 In the context of the insurance market, this is a somewhat significant event as in the last couple of decades Cabo has transformed from a quaint Mexican fishing village to one of the world’s top high-end tourist destinations. Growing numbers of the rich and famous have built breathtaking multimillion dollar beachfront homes, which are conveniently located for the jet-set of Los Angeles and other places in the US to travel to. Large international carriers have designed products to accommodate the specific insurance needs of foreigners owning such properties. As these policies are written to cover risks located in Mexican territory, they are necessarily subject to Mexican law and jurisdiction, often the jurisdiction of the Civil Courts of Mexico City.

Working with these carriers on the coverage responses to follow we have come across two particularly interesting coverage clauses. The first is the “Storms Shutters Warranty Clause”. As its name suggests, it requires:

The clause itself provides the remedy for its breach as a reduction of the indemnity to the covered items that would have still been damaged should the storm shutters have properly been in place. In theory, the coverage response in this regard should be somewhat uncomplicated as part of a well carried out adjustment justifying the relevant reductions in indemnity.

Having said the above, many of these policies include a “declarations page” where the insured has an option of ticking a box declaring that they have storm shutters in place. During the adjustment process it is sometimes discovered that no storm shutters were purchased by the insureds, let alone put in place prior to the storm hitting. This can be construed as a misrepresentation which as a matter of Mexican law would allow insurers to rescind a policy within 30 calendar days following the date that they became aware of the misrepresentation (Articles 8 and 47 of the Mexican Insurance Contract Law).

We recommend that insurers take note of the date that inspections were carried out by the appointed adjusters, as this will likely be the date that a Mexican court would accept as notice to insurers of the lack of storm shutters and the date from which time will start counting should insurers decide to rescind the relevant contracts. Note that as of April 2015 when the new Law on Surety and Insurance comes into effect in Mexico, adjusters will be considered as agents of insurers. Hence, keeping this trend in mind, even prior to the new law coming into effect, the actions of adjusters could already be considered binding on insurers. Especially, if the issue of notice with regards to when rescission of a contract comes into play in a litigation involving the rescission of a policy. We will shortly draft an article with regards to the treatment of adjusters under the new Law on Surety and Insurance.

The second recurring coverage clause which we have come across is the exclusion for damages to “basements” or structures “under the natural grading of the property”. Early indications are that damages to what appear to be basements, sometimes containing movie rooms and/or game rooms, can run into the millions of dollars. However, the exclusion is not as obvious as it might first appear. Often these multimillion dollar properties are built on a gradient near or close to cliffs with a number of different levels and, without architectural plans identifying such structures as “basements” and/or without expert evidence in this regard, exclusions for damages to what logically appear to be basements could potentially prompt litigation with considerable litigation risk and erode commercial relationships.

What is a “basement”? What is an “underground structure”? Photo Source: Morguefile

There are also a number of high end hotels in the area that have suffered damage. Hotels are presenting claims under their operational policies, which usually provide combined property and business interruption cover. Whilst the adjusting work is still in progress, we are advising carriers to be mindful of the principles governing the recoverability of business intelligence (BI) losses when BI results both from damage to property and wider damage caused by natural disasters to the surrounding area. Much in this respect can be learned from the judgment of the English High Court in Orient Express Hotels Ltd v Assicurazioni Generali SpA (2010). Even if such precedent cannot be used directly in the Mexican courts, the legal reasoning is sound and could be applied in coverage litigation in Mexico should need be.

In this case the policy contained the usual trigger requiring property damage before a BI loss can be considered under the policy, and a trends clause stating that adjustment should be made “to provide for the trend of the business and for variations in or special circumstances affecting the business […] so that the figures thus adjusted shall represent as nearly as may be reasonably practicable the results which but for the damage would have been obtained; “ i.e., damage to hotel not damage to city. In this case, insurers argued that BI was not covered because there was a curfew in the city which would have prevented the hotel from receiving guests in any event, regardless of the damage to the property.

On appeal the High Court agreed with the arbitration tribunal (and Generali), finding that the policy wording was clear and that only the “but for” test should be applied. Hence, the hotel could only recover losses that it would have suffered if the curfew to the city had not stopped the hotel from receiving guests, therefore excluding the BI claimed because hotel guests would not have been able to come to the hotel in any event due to the curfew in New Orleans at the time. We are reminding carriers of the key point of this decision, i.e. BI is not a blanket guarantee against all profit lost, rather it is cover against defined damage which may arise from the (property) insured peril itself. This is especially true when this principle is clearly outlined in the policy.

Mike Hennessy qualified as a lawyer in England and Wales in September 2008 and practiced law at a leading London insurance law firm for five years prior to joining Kennedys Latin America LLC in June 2011. As a member of the Kennedys team in Miami, Mike is involved on claims management and policy reviews throughout Latin America and the Caribbean.

Mike has particular expertise in construction and energy claims as well as liability. He has recently worked on a number of high profile cases in Brazil and Mexico and is involved in subrogation recoveries, arbitrations and litigations throughout the region. Mike is ranked in Latin America by the Chambers Global Guide, in 2012 he was said to be a “rising star” by market sources and in 2013 he was stated to “continue to attract considerable praise from market sources”.

Alex Guillamont is the director of Kennedys Latin America and leads the Latin American and Caribbean practice at Kennedys. He handles disputes on behalf of leading international insurers and reinsurers, having represented clients across the region. With 15 years of experience, Alex is an acknowledged leading expert on insurance and reinsurance matters regionally. After serving the market with claims in Iberia from our London and Madrid offices, he relocated permanently to Miami in June 2010. The industry has voted him year on year into the LATAMIR Power 50 list, Latin American insurance sector most influential professionals. His team in Miami has been awarded the 2013 and 2014 Reactions Latin America Awards for best Law Firm. Also, Alex has been awarded as Insurance & Reinsurance Attorney of the Year in Latin America 2014 by Global Law Experts.